There are many citizens who need a lawyer but because of lack of funds, they don’t have access to the judicial system. Here we will look at when legal cover falls short.

Yes, in South Africa there are pro bono programmes as well as legal aid which attempts to address issues like this. But not only that, if you do have legal insurance, you’re not cut and dry. There are often exclusions in the terms and conditions of a policy that you may not be aware of.

That Fine Print HAS to be Read and Understood

Because consumers mostly never read these reams of boring paperwork, they’re caught horribly off guard when they’re looking for protection.

There are some cheap policies that even exclude certain categories of law, such as labour. When it comes to criminal charges, you may even find exclusions when the policyholder is accused of a violent crime. Then again there are other insurers who cover serious criminal offences but only when the same crime hasn’t been committed in the last 6 years. So all the while you may have believed you’re covered for everything criminal, when in fact you’re not.

Many people think that surely when it comes to serious criminal charges such as rape or assault, they’ll get help. Little do they know that cover for some crimes is only given if the policyholder hasn’t been charged with the same crime in the previous two years.

So you need to think carefully before you commit the same crimes, as the legal cover won’t cover you if you’re a repeat offender. 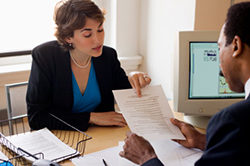 What about bail? Most people assume that when they invest in legal help, they’re at least going to have bail taken care of. But did you know that there are some legal insurers who won’t cover bail willy-nilly just for any offence?

For starters, most times, unbeknown to you, there are limits to the crimes you’re involved in too as well as way bail is paid. For you to benefit from bail, the crime you commit has to be a minor crime.

Adding more stress to your legal woes, the amount paid will only be R3000. And if bail is set higher, you’ll find yourself having to prepare for a longer stint in your prison cell.

Your Case has to Appear ‘Successful’

To crown it all, you’ll quickly learn that in some instances, legal expenses will only be paid if the matter will enjoy ‘reasonable success’. Do research and you will find that Clientele Legal, for instance, has turned down clients looking for legal representation because their case had what Clientele describes as ‘poor prospects’.

Things like this happen because clients fail to read the fine print.  In the case of a company such as Clientele. For instance, you can’t just look at their advertisements and sign up because everything looks so easy.

There is far more to the Clientele advertisement that is ‘hidden’. It looks wonderful and easy, but clients aren’t told everything. They become frustrated and disappointed, all because they didn’t take the time to read through all that fine print.

Stories like this don’t mean that paying small premiums each month for legal cover isn’t worth it. It simply wants to highlight the importance of knowing exactly what you’re paying for and what you’re getting.

This is how you’ll understand why your legal cover provider isn’t stepping up to the plate in all instances.

All info was correct at time of publishing